The Men in the Bible

Find baby names and their meanings and articles on some of the important people in the Bible.

Women of the Bible

If you are looking for the women, they are here.

Who were those men who traveled thousands of miles to Bethlehem to find the newborn Jesus?

Most of us, at some point in life, are faced with an insurmountable problem. In the Bible, we are given a clear example of the only answer.

Adam was the first person to walk the earth. God created him in His own image. He was created to live in a perfect world and for service.

Amos, whose name means "burden-bearer" in Hebrew, was a "man of God," He was a prophet who didn't mince words when it came to speaking God's truth. His book is in the Old Testament of the Bible.

Ananias and his wife Sapphira learned not to lie to the Holy Spirit.

These men began life with Jesus as plain ordinary men - short tempered, judgmental, impulsive, ambitious, and selfish. They were sinful men who met the Savior.

Biblical Boys Names - A through I

Find out what your Dad's name means or get ideas for your baby's name. These are a few of the many names in the Bible.

Are you looking for boys' names that mean something? These men were mentioned in the Bible.

Blessed is the Man

Father’s Day is a man’s holiday, whether they are fathers, have fathers, or will be fathers. This article is about men in general, because many of my single women friends are thinking about the man who will someday fill the husband spot in their lives, possibly the future father of children.

Choosing a Leader - David of the Bible

God chose a man after His own heart. How would you choose a king?

As parents, many of us count on the verse, Train up a child in the way he should go; even when he is old he will not depart from it. We expect our children to continue living the way they were taught. The truth is that once our children leave home, they make their own decisions.

My search in the Bible to discover who Ebenezer is.

Eli was a respected father figure in Israel, but was he respected at home?

God has many names in the Bible. Each name tells us something of His character.

Christians experience failure. It is an inevitable part of life. The good news is that our failures are not written in a book for everyone to read - like Peter.

Jacob - A Father of the Bible

Jacob, the father of twelve sons, is known in the Bible as the father of the twelve tribes of Israel. It would seem that he would be an expert on fathering.

James the Brother of Jesus

He deserves recognition, not for being Jesus’ brother, but for the work he did for the church and for a letter he wrote to Jewish Christians.

In the Bible, the book of Revelation tells who Jesus is.

Joel was a prophet from about 835 to 796 BC. His name means Yahweh is God. His book in the Bible contains a message for us today.

John the Baptist - A Herald of Things to Come

The prophet Isaiah told of John the Baptist, saying he was a voice calling in the desert, preparing the way for the Lord and making straight the paths for Him.

Zechariah had the honor of being the first to know that the Savior was on His way.

Jonah of the Bible

His name, in Hebrew, means 'dove.' In the Bible, he is referred to as one of the minor prophets. His ministry extended from approximately 793 to 753 BC.

Who is a good friend? I've been studying the Bible to find what's involved in biblical friendship. Let?s talk about Jonathan and David.

This man was chosen to be the foster father of Jesus.

He spent hours with Jesus listening to His teaching. He witnessed the miracles. He witnessed Jesus’ love and compassion. How could his heart have been so hardened that he missed falling under the spell of the Son of God?

Jude in the Bible

Jude wrote to those dearly loved by God the Father to remedy a problem in the church.

Lot, a Story of Greed

Even a righteous man can fall victim to his own greed.

Malchus - A Man of the Bible

I’ve heard the account of Jesus’ arrest many times, but never thought much about Malchus.

The accounts of Mark, in the Bible, show that he started as a young, inexperienced servant of Christ, but had good mentoring.

We are apt to follow a leader who emanates self-confidence, has strong speaking ability, and a captivating personality. We imagine they have never made mistakes and were always law abiding citizens.

Nicodemus struggled to understand Jesus' comments about being born again. This is what he might have said.

Noah and the Ark

Peter - Would you deny Jesus ?

Peter became the man who denied knowing his Lord and Savior. How could Peter do such a thing? I would never—would I? Would you?

Some people begin life with privilege, such as strong family, education or financial blessing. They use that to do great things. We expect success with such a foundation. Others begin life with the same benefits but because of poor decisions, fail.

Satan Who is He?

He's a popular subject for Halloween costumes. Depending on what movie you may be watching, Satan is portrayed as an impotent cartoon character, or a frightfully ugly monster, or even someone's buddy.

Stephen's story is told in the book of Acts in the Bible. He was a man full of faith and the Holy Spirit.

He is one of the two angels who are named in the Bible. We remember him most for the part he played in the Christmas story.

In studying about Matthew, I see that Jesus didnï¿½t choose a perfect, law abiding citizen to do His work.

Jesus went up into the hills of Galilee and after spending the night in prayer, he called twelve of his disciples to come with Him. Those twelve men became the apostles.

These are my core beliefs about God, Jesus Christ and the Holy Spirit.

His nickname was Son of Encouragement. Barnabas's gift was bolstering others. We each have a gift, and God has a plan for all of us. What can we learn from Barnabas?

Zacchaeus and His Divine Appointment

Zacchaeus was destined for a profound life change as the result of an unexpected meeting with Jesus.

Zebedee - A Man of the Bible

Zebedee is known in the Bible for his role as a father. His sons are famous for their role as apostles. 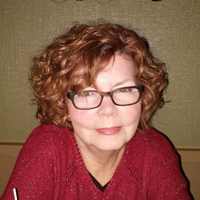